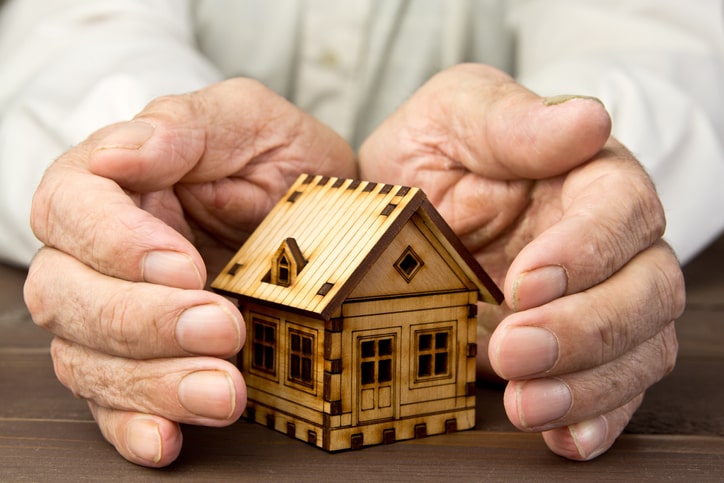 A growing number of seniors—many of them baby boomers—is facing a conundrum: they have too much money to qualify for government housing subsidies but not enough to afford to live comfortably in a traditional senior community, whether it’s a nursing home, assisted living or continuing care retirement community. In 2021, the monthly median cost in Michigan of a one-bedroom apartment in an assisted living building was $4,250. By 2028, the cost is expected to rise to about $5,300.

For those seeking to move into independent senior housing—essentially apartment buildings that may offer community activities and services that you pay extra for such as housekeeping and transportation—it also is a financial challenge.

By 2029, there will be 14.4 million middle-income adults 75 and older in the U.S. (six million more than today), and more than half won’t be able to afford senior housing at today’s average market rates, according to the 2019 Middle Market Seniors Housing Study by the nonprofit National Investment Center for Seniors Housing & Care (NIC). In addition, more than half will have mobility limitations and 20% will have a high healthcare and functional needs.

Middle-income seniors, the so-called “forgotten middle,” are defined as those between 75 and 84 years old who have annuitized financial resources—money they can pull from a retirement account, alimony, and other funds—in the range of $25,001 to $74,298, and those aged 85 and older with resources of between $24,450 and $95,051.

Other findings from the study include:

Every day a baby boomer (defined as someone born between 1946 and 1964) turns 75. One in five doesn’t have children. If they aren’t served by housing models that are affordable, the government may end up supporting those who “spend down” their financial resources so they become eligible for Medicaid, which covers long-term care. It would squeeze people who are on Medicaid and cause a major drain on taxes, the study points out.

Fortunately, the opportunity to serve the middle market has attracted some senior housing developers, says Beth Mace, chief economist at the NIC and co-author of the study.

“When we released this study in 2019, we really brought to light the need for services, care and housing for middle-income seniors, she says. “It showed not just the need but the opportunity.” The NIC gathers data and analyzes trends in the senior housing market for property developers, housing operators and other stakeholders.

Merrill Gardens, a Seattle-based property development company, has checked those boxes with its middle-market option, called Truewood by Merrill Gardens, which has spread to 20 states (not Michigan). The average rent is $3,500, and the average age of residents is 84.

Unlike most senior communities, Truewood doesn’t have leases; it’s month to month. There’s one meal per day that is served; the others are self-serve to cut back on the need for waitstaff.

In addition, employees are cross-trained so that they can jump in where they are needed. Merrill Gardens redeveloped a senior housing complex to create Truewood.

“Our biggest reason to launch Truewood by Merrill was to serve a broader population of seniors,” says CEO Tana Gall said. “These are people who were teachers, policemen, nurses, government workers who have saved for retirement but maybe not enough to live in a traditional retirement community. They deserve quality senior living too, and we have a desire to serve them.”

Other affordable options for middle-income seniors include 2Life Communities’ Opus, outside of Boston. Once 70% of its 174 units are leased, construction will begin. Residents will be asked to volunteer about 10 hours per month on community projects. Opus will have on-site care advocates and partner with providers to keep healthcare costs lower for residents.

According to Senior Housing News, an increasing number of senior housing operators are looking at middle market options that include campuses of modular or prefabricated homes and apartments that are arranged like neighborhoods around common spaces. Other communities are based on a multi-generational, multi-ability model. Some will have residents volunteer to work in order to offset labor costs.

Mace foresees living arrangements where younger people might move into an older person’s home and in exchange for lower or no rent, help the person with daily care or housekeeping.

“My feeling is some baby boomers coming along, you’ll see lots of options; intergenerational housing, women only; this is the generation that grew up in the Sixties, so you’ll see communal situations,” she says.

There are challenges in providing senior housing that is within reach of middle-income seniors. In order to participate, for example, residents need to be in relatively good health.

“It’s a tough nut to crack,” says Mace. “Right now, there’s an acknowledgement that if you’re a middle-market senior, you may need less acute care. As you have higher acuity, you have higher labor needs. It’s hard to do that in a cost-effective way. It’s a challenge. I don’t know if anyone has figured that out.”