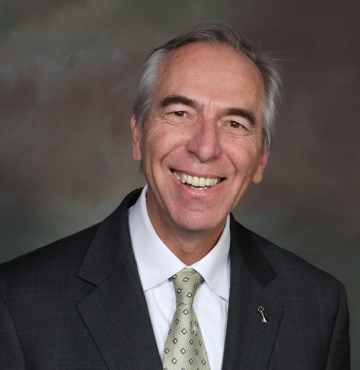 An Innovator and an Advocate

Jim McGuire, who served as the Area Agency on Aging 1-B’s longtime director of Planning and Advocacy, is retiring this month after 36 years with the agency.

With McGuire’s retirement, Michigan seniors are losing a true innovator and one of their staunchest advocates.
In nearly four decades of work on behalf of older adults in Michigan, McGuire has spearheaded initiatives that have resulted in door-to-door bus service for seniors in Oakland and Macomb counties, extended out-of-home respite for family caregivers, an affordable assisted living program, an unprecedented state budget increase for in-home care programs, and an interfaith volunteer program – all key to helping people age in place. He has taught gerontology and policy courses at UM, EMU and Madonna University, regularly presents his work at national conferences, and has authored grants bringing millions of dollars into southeast Michigan, creating jobs and serving seniors and family caregivers.

A Legacy of Important Funding for Senior Services

McGuire founded the Silver Key Coalition, a group of statewide aging-services advocates, to lobby for more funding for in-home care for 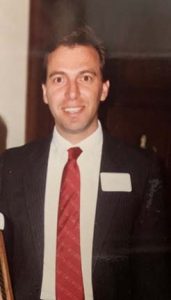 people who are not poor enough to qualify for state aid but too poor to afford private services.  This work achieved an unprecedented 43% increase in state funding over a four-year period.  He was inspired by his grandmother’s situation – and a motivational book for would-be entrepreneurs.

The key to his success has been seemingly bottomless energy, an ability to bring together stakeholders under a common cause, to gather and assemble data to create strong value propositions – and then to convince policy makers of the rightness of the idea.

“I’m essentially an entrepreneur in a nonprofit world,” McGuire says. “In the business world you build companies and scale up and plan to grow and maybe be bought out. I started a half-dozen nonprofits and programs rather than companies. It’s all the same thing; some people like the deal. Getting a grant is like creating something of value from nothing – you get addicted to the thrill of doing deals. That’s why I write so many grants.”

McGuire has led some 40 ad hoc study committee investigations since 1985 in order to “take a deep dive and identify areas of concern and possible solutions” in the world of older adults and family caregivers. More recently, a committee produced a report on the need to support kinship caregivers, an issue that has gotten the attention of state lawmakers. This summer, McGuire and an ad hoc committee will assess the financial health of Social Security and Medicare and study solutions to protecting the problems.

McGuire says he was inspired to be a change-maker by people like Detroit author/social activist/feminist Grace Lee Boggs, known for her community activism and for coining the term “solutionaries” to describe people who do the work to make lasting and meaningful changes in the world.

Says McGuire, “Our education focuses way too much on what we know about social problems and very little on ways to solve the problems.  I’ve been pleased to have a career as a solutionary.”

His successor as director of AAA 1-B’s Planning and Advocacy department is Katie Wendel, who assumed her new role on Oct. 1. For more information on the Area Agency on Aging 1-B’s advocacy efforts, visit our  advocacy page.