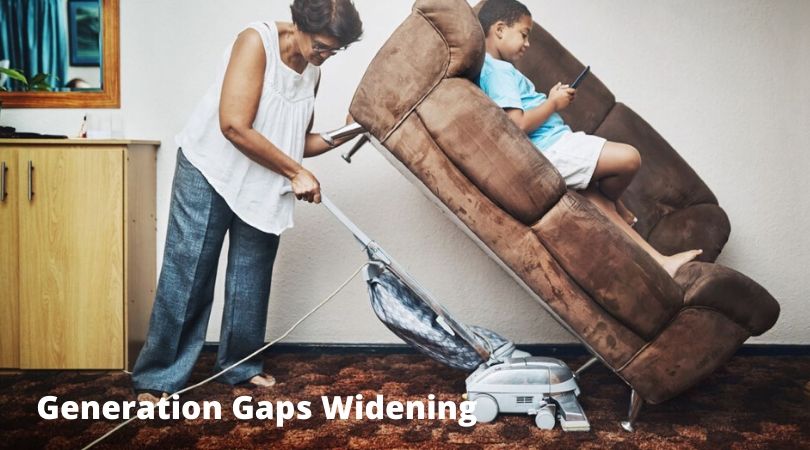 Diane and Mark Saincome of Novi were looking forward to a comfortable retirement. She had practiced as a registered nurse, he had been an iron worker. They had some savings they planned to use to travel the country.

And then their middle child Amy died, leaving them with four children to raise – and a fifth that she had brought into the family’s life.

Today, the Saincomes are doing what they did when their own children were young – driving carpool, meeting with teachers, packing lunches, making dinner, filling out forms. Their grandchildren, including the fifth girl who is biologically unrelated, range in age from 7 to 19.

Like other grandparents – and even great-grandparents – who find themselves as “kinship caregivers,” some days are better than others. The Saincomes have two other grown children who live nearby and help out by taking the younger kids overnight on occasion. The couple rely on their respective pensions and the children’s Social Security payments to get by, along with regular trips to the food bank.

All told, Diane says, her family is better off than many others who attend the monthly support group meetings of Grandparents Raising Grandchildren (GRG), programs run by both OLHSA (Oakland Livingston Human Service Agency) and Catholic Social Services of Washtenaw and funded by the Area Agency on Aging 1-B. The program is for people 55 and older who live in Macomb, Oakland and Washtenaw counties. Kinship caregivers who live in the other counties we serve may call for information and inquire about attending support groups.

GRG’s meetings, held in various locations in the three counties, are designed to provide education, training and support. Diane learned about the group five years ago – not long after Amy died from cervical cancer – and has been a devoted member and volunteer ever since.

“I have learned so much in the way of resources,” she says. “At the support meetings, you realize you’re not the only one out there. New people come to the meetings all the time and you’re able to support them.

“My husband always says ‘How did you find out about that? How did you learn about that?’ So many people bring so many things to the table.”

The needs of kinship caregivers are significant, says Lisa Grodsky, coordinator of the GRG program. There are the complex legal challenges of adopting, the need for more financial resources to put food on the table, the struggle for acceptance at their grandchildren’s schools, and so much more.

The support group is a safe space to share their burdens, Grodsky says.

“It is really a scene of community. They want to help each other. There have been tears, there have been hugs. It’s an incredible community they’ve created for themselves,” Grodsky says.

Since she started in 2013, the number of support group participants has grown from 40 to 101.

Outside of the support groups are sessions with experts who talk on topics ranging from kinship caregiver rights to internet safety. GRG is offering a Youth Mental Health First Aid program broken into four two-hour segments.

Grodsky also arranges intergenerational events for grandparents and their grandchildren, like visiting county parks to swim and boat, a six-week cooking program, art-making at the DIA, and others. She does what she can to cover other needs, like finding funding for school supplies and finding advocates to accompany a grandparent to a school IEP (Individualized Education Program) meeting. She helps with getting adoption fee waivers and breaks on orthodontic braces and summer camp. Community partners have donated Easter baskets and Passover food, Tigers tickets, Halloween costumes and prom dresses.

Let’s face it: grandparents and relatives raising children is nothing new. It takes a village to raise a child. But the numbers are bigger,” Grodsky says.

For information about Grandparents Raising Grandchildren in Macomb and Oakland counties, call 248-209-2721.

On the web, you’ll find the group at www.olhsa.org/grandparents-acting-parents. Events are listed at  http://www.olhsa.org/events.