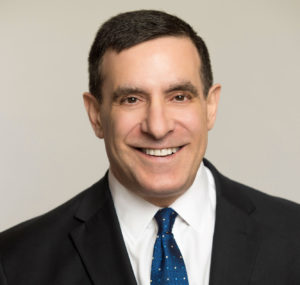 During the height of the Covid pandemic, Michael provided the leadership that enabled the agency to distribute thousands of pounds of emergency food and provided protective gear to seniors and the workers who care for them.

It makes him particularly proud.

“We rapidly transitioned at the start of the pandemic to ensure our core programs were not interrupted and provided additional help to those with an immediate need.”

Michael served on the Walled Lake Consolidated Schools Board of Education for 12 years as president, vice president, and secretary.

Michael has a doctorate in health administration from Virginia University. He earned his MBA at Lawrence Technological University.

He has two grown sons and a daughter-in-law. 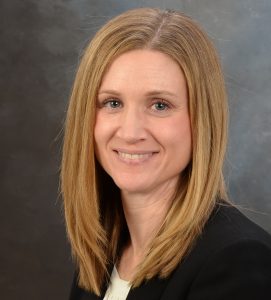 Kimberly joined the agency in July 2019 as chief compliance and quality officer, overseeing the implementation of an effective, agency-wide corporate compliance program. She previously held the same position with Macomb County Community Mental Health (MCCMH), where she also oversaw legal and policy compliance.

Kimberly is an attorney – she graduated from Wayne State University Law School and practiced law on her own for several years – but was drawn to work in the mission-based world. She worked at MCCMH for six years before joining AAA 1-B.

Kimberly, who is certified in health care compliance, developed the compliance program while at MCCMH and is doing the same at AAA 1-B.

A native of Washington State, who was partially raised in Colorado, Kimberly headed east when her husband, Wayne, took a position in the Detroit area. They have three children, two of them college students.

Kim, naturally, is a skier. She also has a black belt in karate, a practice she took up when her son enrolled in a karate school.

“I figured I could do it too. Then it ended up being good self-defense,” she says. Kimberly is currently moving through higher levels of karate mastery. 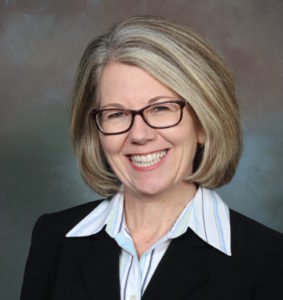 Jenny joined the agency in 2001 as director of communications. In 2014, she became chief strategy officer, overseeing several areas of the agency, including marketing and communications, Information and Assistance, the Medicare Medicaid Assistance Program (MMAP), and agency-wide quality and strategic planning.

Jenny began her career in the fitness industry, managing health and fitness clubs in the Toronto area. Her first foray into the nonprofit world was with the Heart and Stroke Foundation of Ontario in corporate sponsorship. In 2000, she moved to the U.S. when she married her husband, Dan, an engineer. They have a daughter, Mary, who is a competitive runner.

Working with AAA 1-B is gratifying, she says.

“I enjoy the opportunity to work in a nonprofit environment that is mission-driven,” Jenny says. “It’s really the people you work with every day and the seniors whose lives you touch that make it worthwhile.”

Jenny grew up in northern Ontario. She was close with her grandmother, who inspired her to work for the good of older adults.

Jenny has traveled the world, including spending time in Australia, where she worked at a cattle station, a plastics factory, and a fitness club. Jenny holds a bachelor’s degree in kinesiology from York University and a MBA from Schulich School of Business at York University. 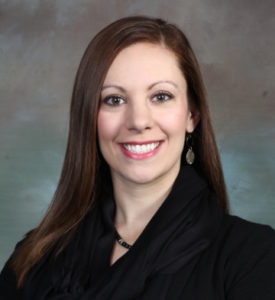 Aimee joined our agency in 2018 as chief clinical officer in charge of key programs like MI Choice Waiver, MI Health Link, the Community Living Program, and all person-centered and coordinated-care programs for older adults and adults with disabilities who live in their homes. She brings a wealth of experience in Medicare, Medicaid, and dual-eligible populations, as well as regulatory compliance and quality management. Aimee has worked at various Area Agencies on Aging in Michigan and at Integrated Care Organizations.

Working with AAA 1-B allows her to use her experience, talents, and passion for meeting the needs of individuals in the comfort of their home.

“We strive to provide the right answers, resources, and necessary support and services that help people in the communities we serve. Our agency’s mission and values align with who I am,” Aimee says.

Aimee grew up in St. Joseph, where she began her nursing career. She continues to visit her hometown to visit family, including her grandmother, who has dementia. She has two daughters, the oldest of whom has a diagnosis of autism. Aimee serves as co-chair of the Special Education Parent Advisory Council for Plymouth-Canton Community Schools and as a special education parent representative for Wayne County.

Aimee is an advocate for social inclusion for all. 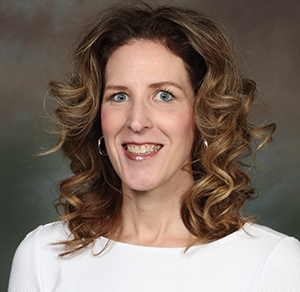 Angie previously served as benefits manager overseeing the North America program for Modern Dental, an international dental laboratory. Before taking off a few years to help her husband Scott get his hospitality consulting business off the ground and to raise her three daughters, Angie worked in benefits management for Covansys for eight years.

AAA 1-B is Angie’s first nonprofit employer – and she is pleased at the level of dedication at the agency.

“I love the mission and the employees here. They’re very passionate about helping older adults. It’s hard to find a work environment where everyone is driven and focused on the organization’s mission,” she says.

A Rochester native who lives in Livonia, Angie enjoys scrapbooking and weekend getaways with her girlfriends. She received a BA in human resource development from Oakland University and has done graduate work. 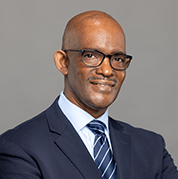 James Luckey brings a wealth of experience in the nonprofit healthcare delivery space to his role at the Area Agency on Aging 1-B .

Prior to joining the agency, James served as IT director for Community Care Services in Lincoln Park and Behavioral Health Professionals Inc., in Detroit. He also worked at Blue Cross Blue Shield of Michigan.

“The nonprofit arena has been left behind in terms of technology,” he says. “You try to make sure that the technology available for people to do their jobs is the best it can be. My job is to support them in their mission.”

James is a Wayne State University alumnus and Southfield resident. He and his wife of 33 years have two daughters, one an elementary school principal in Redford, the other an engineer for NASA at the Johnson Space Center in Houston.

Calling himself a “super nerd,” James is a comic book collector who goes to Comic Con gatherings (though not in costume). His favorite superhero: Captain America. 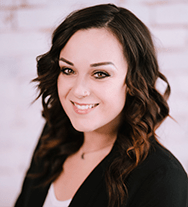 Susan Miller joined the agency in 2017, first as a supports coordinator for participants in the MI Choice Medicaid Waiver Program, a cornerstone of our mission to help seniors and adults with disabilities remain independent in their homes, with the right services in place. She quickly moved into supervisory positions, finally becoming the clinical director of the program in 2021.

Susan received a bachelor’s degree in women’s and gender studies from Eastern Michigan University and a master’s degree in Social Work with a focus on community development and leadership from Wayne State University.

Before she joined the Area Agency on Aging 1-B, Susan worked as a care coordinator at an integrated health organization, as an advocate at a domestic violence shelter, and as an operations coordinator at a homeless shelter.

Susan’s favorite part of her job is problem solving.

“You rarely encounter the same problem twice,” she says. “I enjoy the challenge of coming up with new and creative solutions.”

Susan has a special affinity for the needs of older adults, partly because of her unique upbringing.

Susan has three active children who keep her busy outside of work. 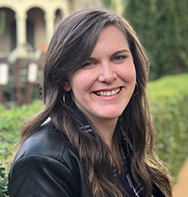 Katie joined the agency 5 ½ years ago, holding the positions of advocacy specialist and senior manager of advocacy. As a result of her efforts at the state level, increased funding has enabled thousands more seniors to receive homebound meals and in-home care personal services.

Katie grew up in Franklin Grove, Ill., a town of 1,100. She received a bachelor of science degree in social work from St. Louis University in Missouri and her master of social work degree from Columbia University in New York with a focus on public policy and health, mental health, and disabilities.

Katie plans to continue working on  programs that give older adults the supports and services they need to help them “age in place.”

She’s optimistic. The pandemic raised awareness among legislators about the needs of seniors, and with the 65-plus population growing faster than other demographic groups in Michigan, it is critical to have programs in place, and the funding for them. The department relies on data to argue for its positions, and Katie will continue with that approach.

Before joining the Area Agency on Aging 1-B, Katie worked at Age Options in the Chicago area. She and her husband John, a product development engineer, moved to Michigan when he got a job with Ford. They are the parents  to one young son, Theo.

Katie likes to read and to travel.

Copyright © 2022 Area Agency on Aging 1-B All rights reserved.